A long time ago, I used to play LAN games (such as Nexiuz) with the others in the programming department at my job. One day, there was a sudden change of top management, and in the new environment we weren't sure it was a good idea to keep playing. We always clocked out while playing (most of us were hourly), so there wasn't anything morally wrong with it, but we didn't want to make a bad first impression, especially since someone could just walk by and observe us playing.

In the interim, I decided to make a less-conspicuous LAN game that could be played in the browser with my coworkers. I ended up making several of them, and I wanted to show them here so that others could try them out.

Most of these games require low latency. They should work on the LAN or on a low-ping Internet connection, such as a cable modem when both parties are on the same provider and in the same region.

The game of memory is a matching game where each player takes turns turning over two cards. If they match, the player keeps the cards. I wondered what it would be like if the game could be played with both players turning over the cards at the same time, as fast as possible.

The result is a bit frantic. I tried making it so that you could additionally block the other player from turning over a card, but that turned out to not add much to the game.

I made bigger numbers be worth more points to add the possibility of different strategies succeeding. 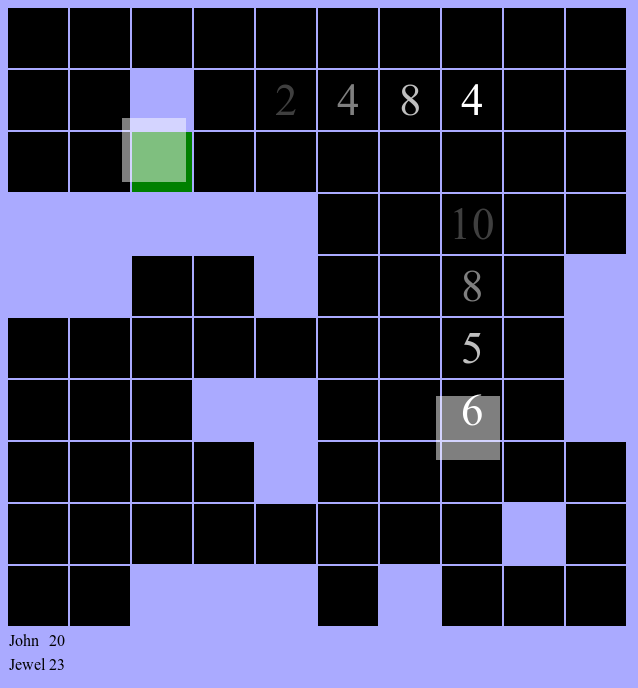 If you're comfortable with the command-line, you can run your own server and try it for yourself. The source code and installation instructions are available on github.

Comments and corrections to simplegames@ at this domain.